Indian Chicken Korma Recipe is a rich, mild, aromatic and utterly delicious recipe. Made creamy with coconut milk and cashewnuts which is a true authentic Indian dish. It is a dish originating in the Indian Subcontinent consisting of chicken braised with yogurt , cream or coconut milk, water or stock, and spices to produce a thick sauce or gravy.

Korma or kurma can refer to a range of curries in India and there are different ways to make it. It primarily refers to whitish-yellow gravies that have their base in onions, cashews and whole spices or garam masala. The level of heat can vary depending on how hot you like your curry. But they are mostly mildly sweet but like I said before – not from added sweeteners.

Indian Chicken Korma originated during the Mughal Era and later became immensely popular across the world. There are different versions of Chicken Korma like the North Indian and South Indian .Mine is the South Indian version where I use coconut milk instead of cream. My chicken korma recipe is derived from classic ingredients where I marinate my chicken using Yoghurt and ginger garlic paste.

Indian Chicken Korma is a traditional Indian Recipe which is less spicy as compared to Butter Chicken or Ginger Chicken. But you can adjust the spices according to your taste. This goes well with Ghee Rice or Chapatis. Lets see how to make Indian Chicken Korma.

How to make Indian Chicken Korma?

Indian Chicken Korma Recipe is made using the following 4 steps: 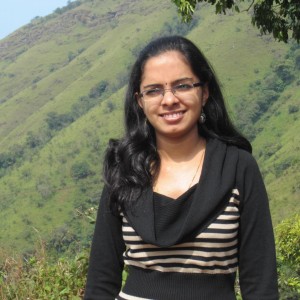 Hey I am Neelima nice to meet u. Welcome to my blog NeelsCookingLab